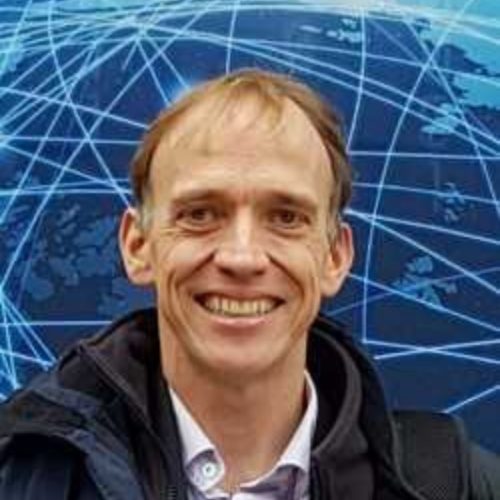 Pierre Soille is a senior expert at the Joint Research Centre (JRC) of the European Commission. He is leading the JRC Big Data Analytics project and is responsible for the JRC Big Data Platform, a versatile platform for linking data, data scientists, and domain experts to generate insights and foresight in support of EU policies and decision making.

Pierre received the engineering degree in 1988 from UCLouvain, Belgium, the PhD degree in agronomical sciences in 1992 from the same university in collaboration with the Centre for Mathematical Morphology of the Ecole des Mines de Paris, and the habilitation degree in computer science in 1997 from the Montpellier II University, France.

After completion of his PhD on mathematical morphology applied to digital elevation models and satellite imagery, he pursued research on image analysis and mathematical morphology at the CSIRO Mathematical and Information Sciences in Sydney, Australia, the Centre for Mathematical Morphology of the Ecole des Mines de Paris, and the Pattern Recognition Department of the Fraunhofer-Institut IPK in Berlin. During the period 1995–1998 he was an assistant professor with the Ecole des Mines d’Alès, France. In 1999, he was appointed as a senior researcher with the Biotechnology and Biological Sciences Research Council, United Kingdom. He has been with the Joint Research Centre (JRC) of the European Commission, Ispra, Italy, since December 1999, concentrating on the automatic information extraction from geospatial data at continental or global scales in support of EU policies. Since 2015 he is involved with the area of big data at JRC initially to address the challenges posed by the massive data streams delivered by the Sentinel satellites of the Copernicus Programme of the European Union and now expanding to any other data sources of interest to JRC thematic activities.

Pierre co-authored numerous image analysis, pattern recognition, and machine learning algorithms and methods published in a peer-reviewed journal and conference papers as well as book chapters. He has also authored a reference monograph on morphological image analysis and is co-chairing the Big Data from Space conference series co-organised by the European Space Agency (ESA), the Joint Research Centre (JRC), and the European Union Satellite Centre (SatCen).

Pierre Soille
We use cookies on our website to give you the most relevant experience by remembering your preferences and repeat visits. By clicking “Accept”, you consent to the use of ALL the cookies. Read more about GDPR.
Cookie settingsACCEPT
Manage consent