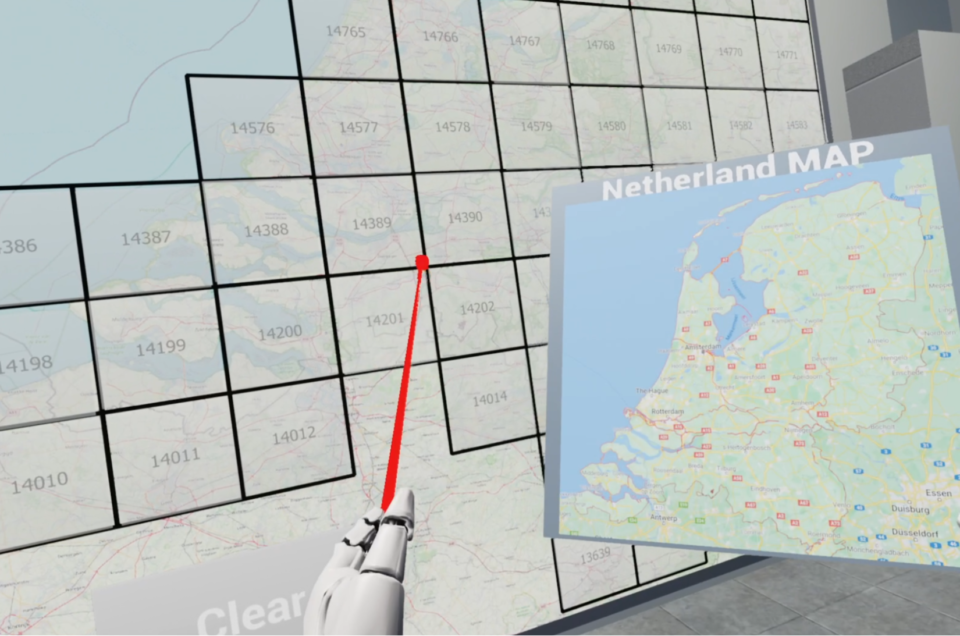 Prepared by: CTU and Terrasigna

Nowadays virtual (VR) and augmented (AR) reality are very popular and frequently used technologies across many fields. There are only a few programs that use these technologies with GIS data. Connection between GIS and VR/AR could produce new experiences of visualization for this data type.

Main goal of this part of the Geo-harmonizer project is to demonstrate how virtual and augmented reality can be used for visualization of land cover data sets. Both technologies have their pros and cons.

Virtual reality allows users maximum immersion/absorption into the virtual world. On the other hand users need special equipment – VR glasses and hardware that are recommended for VR. The VR land cover viewer is situated in a virtual building.

Users can find 5 basic stations there – main menu, overview, visualization, comparison and animation (demo). Visualization and comparison stations are controlled by two sliders, one for land cover change and second for basic OSM map opacity. Users can individually choose the percentage of transparency of the OSM layer as needed.

5.c: Prototype Virtual Reality application & Prototype Augmented Reality application
We use cookies on our website to give you the most relevant experience by remembering your preferences and repeat visits. By clicking “Accept”, you consent to the use of ALL the cookies. Read more about GDPR.
Cookie settingsACCEPT
Manage consent